What do you get when you employee an Englishman and two Irishmen? Shaun Kelly, Alan Mulcahy and Alan Kearney – Port Melbourne’s visa players (well minus Alan Kearney who is now an Australian).

The trio sat down with portmelbournesc.com.au to give us an insight into what life entails away from the park.

I’ve been in Australia for seven years.

The experience at Port so far has been the best yet. Very professional club with a great set up. The committee make you feel welcome and there is a great bunch of lads. The training/coaching is of a very high standard and that lad George makes me laugh every session. “Keep going”.

Football because of the emotional roller coaster it sends me on. When you win there is nobody that can touch you. When you lose you just want to lock yourself away in a silent room with a 6 pack and the lights off. 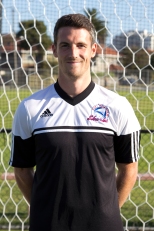 I have only good things to say about my time at the club. It has a brilliant family type mentality. We have a great bunch of players, coaching staff and also staff behind the scenes who make the club what it is.

Being from Liverpool, football is a part of life. You are either a blue or a red (Everton or Liverpool). There is no middle ground. There isn’t really any other popular sports in Liverpool so growing up everybody wants to be a footballer. I’ve been surrounded by football my whole life.

The Beatles – Across the Universe

I’ve been in Oz for just over six years so hopefully my backpacker tag has finally left me.

Overall it’s been a good experience. Everybody from the president, committee, canteen staff, media and not forgetting Georgie are a different class. On the pitch after a really good start we have let ourselves slip of late which is disappointing but we are working hard to make sure the people behind the scenes get the performances and wins they deserve.

From a very early age like most kids in Ireland I was obsessed with football – watching and playing. It’s a way of life over there. I joined my first team when I was six and any spare moment I had when not in school was playing football in the parks or in the street with mates. Football has given me many ups and downs but I still love the buzz of playing. The most important thing is the friends it has given me through the years.

I don’t really have a favourite song. I like all types of music especially house. However the first time I felt old was this year in the dressing room. Some of the music these young lads are listening to is shocking. Eastern European jungle rave music. it makes my ears bleed.

Is this a trick to get me to say potatoes? I love all types of food. I don’t cook a lot so whatever the missus is cooking and seeing as she is Asian I’m going through a lot of dim sims lately. Simple but delightful.

I work in construction at the moment. I’m also doing a sports management degree online.

I support Man United. There are a lot of United fans in Ireland and when I was growing up Roy Keane and Dennis Irwin were playing for them which had a big influence on me choosing them as my team. Two legends of the game.

View all posts by pmscsharks